The Mysterious Case of Japanese Suicides

Some people’s life is not less than a nightmare and not finding the right path; they just prefer to give up their lives and end all the crises they’ve been through. Just like that, a country came into consideration for more than 2100 suicides in just a month. Japan is one of the few leading economies to report suicide-related statistics in these times. The Japanese data may provide other countries with insight into the effects of pandemic action on mental health and the most vulnerable groups.

Strangely, the third-largest economy in the world cannot overcome the dilemma of human suffering in an environment that will produce augmented reality and self-driving vehicles and intelligent machines. It’s insoluble, maybe. Japan has been suffering from a high rate of suicides. The ratio of suicides in just a month of October is much higher than the COVID-19’s total death toll.

Woman suicides started rising from a year ago in June to mark the sixth consecutive month in November. According to the National Police Agency’s interim statistics gathered on 16th December, they soared to 88.6 percent in October. The overall suicide rate has improved from a year ago, from July to November. July was the toughest month of all. That month is well known for 651 women who usually took their own lives from 400 to 500 a month. It started to rise in August and September. The estimates for male suicide are relatively better, but not good.

COVID-19 is the major reason behind this devastating condition one considers instantly, and the economic brunt of the pandemic is undeniably more serious for women. When the economy decelerates, their jobs, mostly part-time, are more insecure. At the right moments, a single maternity is rough. Now isn’t the right moment.

It conceals or represents ominous depths. Of the 485 women suicides known in August, only 29 are directly connected with poverty, along with 380 in depression and other health problems and 84 in domestic disputes.

Although Japan’s high suicide rate is confusing, it is mostly attributed to long working hours, school burden, social isolation, and a societal stigma surrounding mental health problems. But over the ten years before 2019, in Japan, the rates of suicides had fallen, according to the health minister, to the lowest since the country’s health authorities began to maintain statistics in 1978.

But the rate of suicides began to rise when the pandemic rose, and by the stuck lives, the condition of the whole world started to get destroyed. Japan counted more deaths of people with suicides than the pandemic, and most of the ratio were women. More worried about children’s wellbeing has also put increased pressures on moms since the pandemic.

Akari, 35, who didn’t want to use her real name, said this year when her premature son was admitted for six weeks, she found a specialist’s assistance. “I was pretty much worried 24 hours,” said Akari. “I haven’t had any experience of psychiatric illness before, but I truly, really, could still see myself.” As the pandemic increased and her son got Covid-19, she was concerned. “I felt there was no hope, I felt like I always thought about the worst-case scenario,” she said.

The epidemic has allegedly been compounded by the apparent deaths of celebrities, and psychiatric professionals have failed to respond. The last few months have taken a succession of Japanese actors. While the Japanese media seldom say on the real essence of such suicides – a process or purpose that they do not intentionally discuss – simply focusing on these cases also raises the suicide rate of the general population, experts such as Ueda claim.

After hateful comments were bombarded on her by social media users during the summer by Hana Kimura, a 22-year-old professional wrestler and real-life celebrity “Terrace House,” Kyoko Kimura, Hana’s mum, says she was aware that media coverage of the death of her daughter might have impacted those who felt suicidal.

Counselors pay particular attention to clear signs that clients give when determining their level of risk. This includes when, according to Katsuyoshi Shingyouchi, head of the counseling center association, they show a firm determination to kill themselves instead of an unclear wish, indicate a process, like the hanging, or identify a location and date.

If psychologists believe a customer is at high suicidal risk, they report the case to authorities, who request telecommunications companies to share their personal records, says Shingyouchi. “I was talking with my staff around August that there might be something going on, as the number of cases we were reporting to police was rising,” he said.

The welfare scheme knowledge also needs to be more actively publicized so that the needs of people can realize how the system can aid them, said Shimizu. Appropriate measures must be taken to stop this disaster amidst this pandemic. 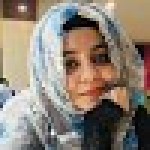 Report: US Withdrawal from Afghanistan: Power Struggle and Implications for Pakistan