BDS, Antisemitism and the German Hypocrisy

The conflict between Palestine and Israel has been going on for decades now. On July 9, 2009, two Palestinians, Omar Barghouti and Ramy Shaat found BDS, a political movement for Israel’s boycott for its atrocities on Palestinians.

Over the course of years, few countries have rejected BDS and have claimed that it is an anti-semitic movement. Countries like Austria, Canada, the USA, and Spain have passed anti-BDS legislation to oppose the movement.

On May 17, 2019, the German federal parliament—the Bundestag—passed a resolution against the BDS movement, claiming it as anti-sematic. They proposed that the BDS movement goes against Germany’s laws of freedom of art and sciences. All German businesses were ordered not to entertain any projects that support the BDS movement or promote the boycotting of Israel in any way.

In the sixth paragraph of its resolution, the German Bundestag states: “The patterns of argumentation and methods of BDS are anti-sematic.” Thus, claiming that BDS is a threat to the country’s political system.

The resolution has even compared the BDS movement to German-Nazi fascism. The over-exaggeration, however, looks like compensation of the Germans for their persecution of Jews, which resulted in a genocide—the holocaust.

Even though the boycott, divest and sanction movement clearly states that “the BDS does not tolerate any act or discourse which adopts or promotes anti-black racism, anti-Arab racism, Islamophobia, anti-Semitism, sexism, xenophobia” (Palestinian BDS national committee 2017), the attitude of Germans still has been hostile towards the supporters of any movement against Israel.

In the resolution, Bundestag has managed to ignore the fact that the BDS movement aims only to boycott Israeli products and institutions that operate in those parts of Palestine that Israel illegitimately occupied in 1967. The sheer ignorance of the German government towards the main purposes of the BDS movement supports the possibility that the German government is not only pro-Israel but anti-Palestine as well.

The two German political parties, the far-right Alternative for Germany (AfD) party and the far-left Die Linke party, had presented two quite different suggestions regarding the resolution and the Israel-Palestine situation. The lawmakers from (AfD) refrained from voting and put forward a new motion for a total ban of boycott, divest and sanction motion in Germany. On the other hand, the far-left Die Linke party proposed that the German government should find a political solution to the Israeli-Palestinian conflict under the guidelines of the United Nations Security Council Resolution. Both of these motions were denied.

The boycott, divest, and sanction movement is inspired by the apartheid movement of South Africa. The apartheid movement proved to be successful in raising voice against discrimination and oppressive systems through boycotts and protests. BDS movement aims to pressure Israel into withdrawing from illegally occupied territories in Palestine, giving Palestinians their basic rights and refrain from discriminating against them.

Many notable figures have, however, criticized the BDS movement. In an interview in 2013, Noam Chomsky regarded the BDS movement as hypocritical and anti-sematic. He argued that worse crimes are being committed in the USA, but BDS only focuses on boycotting Israeli institutes and products, but no fingers are raised in America. However, this is a lousy argument.

In contrast, Norman Finkelstein believes that BDS is hypocritical but for different reasons. Finkelstein does not deny the fact that Palestinians are discriminated against by Israelis, but when asking for implementation of international law, BDS itself should comply with it, which means accepting Israel in the borders of 1949 as per the international law.

From the above two analyses, it can be concluded that BDS loses its credibility by asking Israel to give Palestine the rights under the international law while not complying with it itself. This hypocrisy of the BDS movement provides a chance with parliaments like Bundestag to disrepute the movement that is trying to end a pattern of unjust occupations.

However, on the contrary, many Jewish and Israeli scholars had signed a letter published by Israeli daily Haaretz, which pointed towards not calling the BDS movement anti-sematic. German Bundestag passing the resolution despite knowing that a lot of Jewish and Israeli groups support BDS explicates the highly problematic and securitizing methods of the German Parliament. 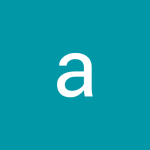 Can AIMIM Replace INC as an Antidote for Hindutva?